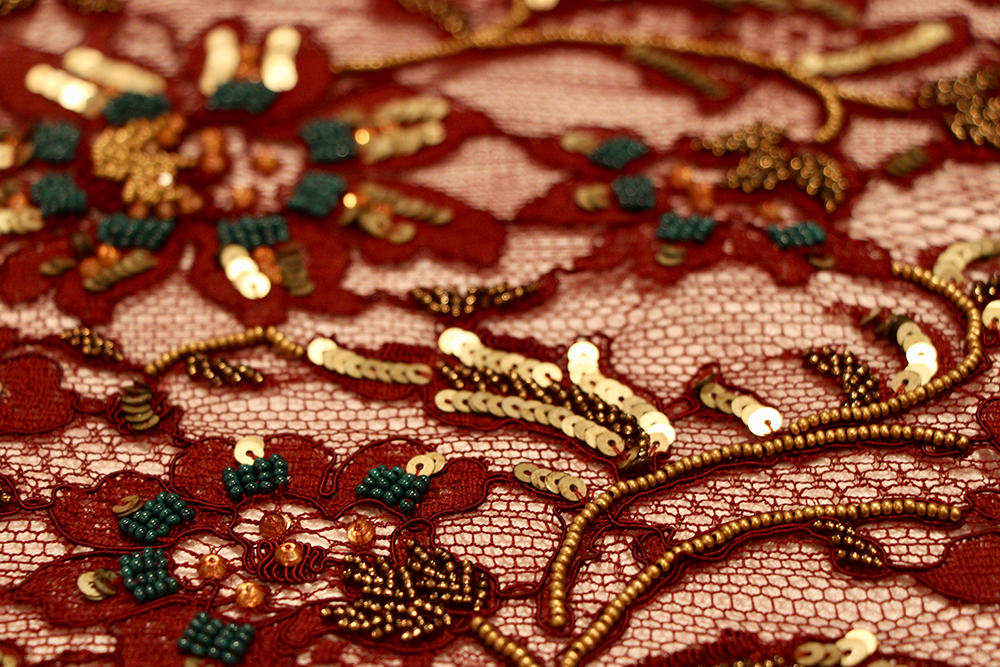 A BRIEF HISTORY OF FRENCH LACE

It was during the 15th century that handmade lace, using needles or bobbins appeared in Europe. Linen, silk, gold and silver yarns were used. Because of the endless hours of painstaking labor required to produce a few inches, lace was extremely rare and expensive, and therefore became an important element of the noble’s wardrobe. At one time, it was considered so valuable that it became a form of currency, and lace was part of family wealth inheritance along with jewels, gold and silverware.

Colbert, Louis XIV’s prime minister, realized that it was France’s best interest to promote and support lace know how. As such, in 1665 he created the first ‘Royal Lace manufactories’. And within ten years, French lace production became superior in quality, techniques and creativity, than the rest of Europe. The new “Point de France” became famous and favored by all Europeans.

The idea of replacing handmade lace by machine originated in England during the Industrial Revolution, when in 1808 John Heathcoat designed and built a loom to manufacture net. In 1814, another Englishman, John Leavers, improved the process to specifically apply it to lace, thus the machine bearing his name.

Eager to use this amazing invention, the French smuggled the looms in parts, to Calais and Caudry (Northern France). Circa 1830, the adaptation of the design system invented by Frenchmen Joseph-Marie Jacquard to the Leavers machine, made it possible to weave authentic lace, as in the creation of handmade regional lace (Chantilly, Valenciennes, Alencon, Bruges, Venise, etc..). The French touch brought a unique lace appearance, so gorgeous, so delicate and feminine. It is hard to imagine that those 10 ton machines were giving birth to such amazing designs. 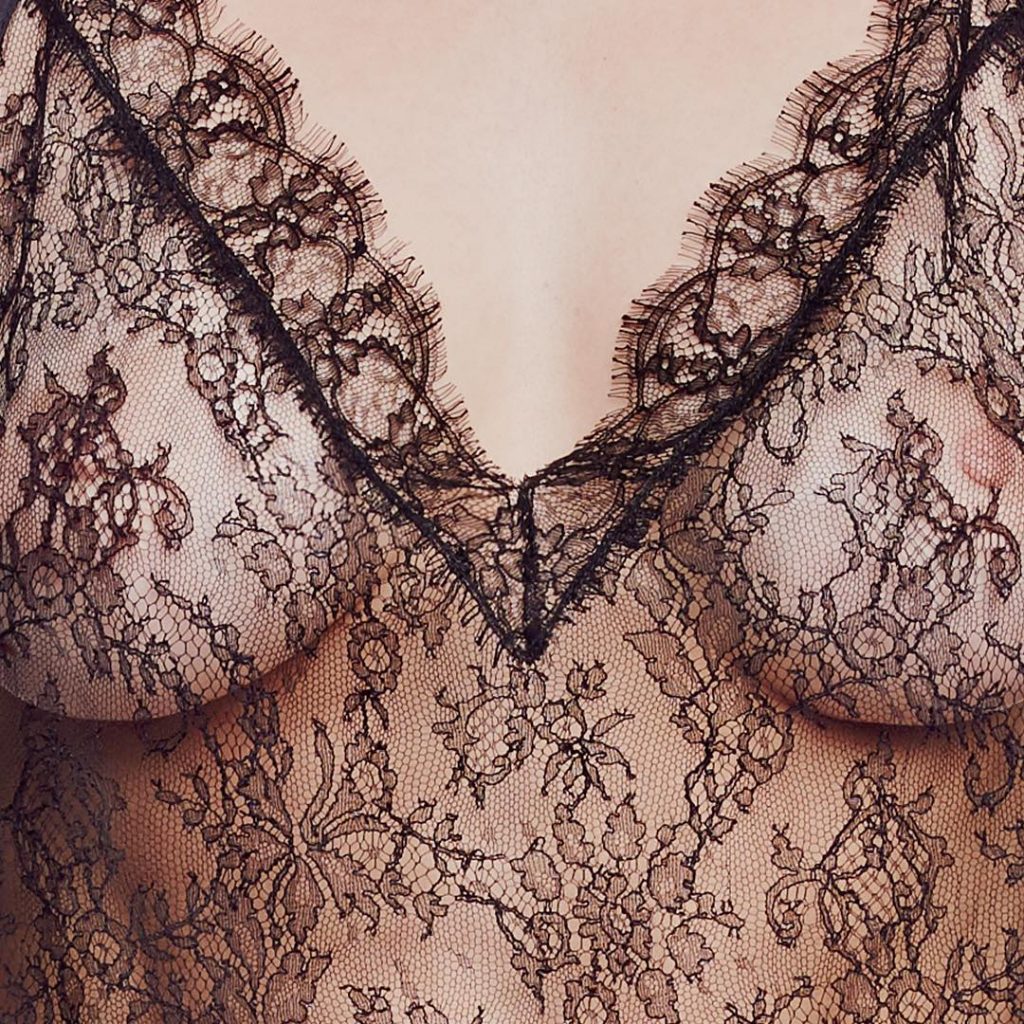 Based in Caudry, the Solstiss group was created in 1974 from the merger of four Leavers lace manufacturers, comprising of ateliers and designs dating back to the late 19th century. The mission was to combine each collection and know-how, to become the world leader in French lace creation and manufacturing. This traditional expertise has been passed down from generation to generation sustaining a unique craftsmanship of its makers, which are the most highly skilled lace workers in the world.

Today, Solstiss is still in the hands of its co-founder, the Machu family. It employs 250 people, operating a complete vertical structure, from design to manufacturing, to dying, finishing and distribution. Thanks to its 100 + machines, which represents about 30% of the remaining Leavers looms in the world, it has the highest Leavers lace production capacity in France, and the largest collection of design in the world.

With offices in Paris, New York and Milan, Solstiss clientele reads the Who’s Who of the Fashion industry. From Givenchy to Alexander McQueen, Dolce & Gabbana to Valentino, Jason Wu to Ralph Lauren, La Perla to Agent Provocateur, Rodarte to Tom Ford, the best designers use Solstiss as a resource and inspiration for their work. 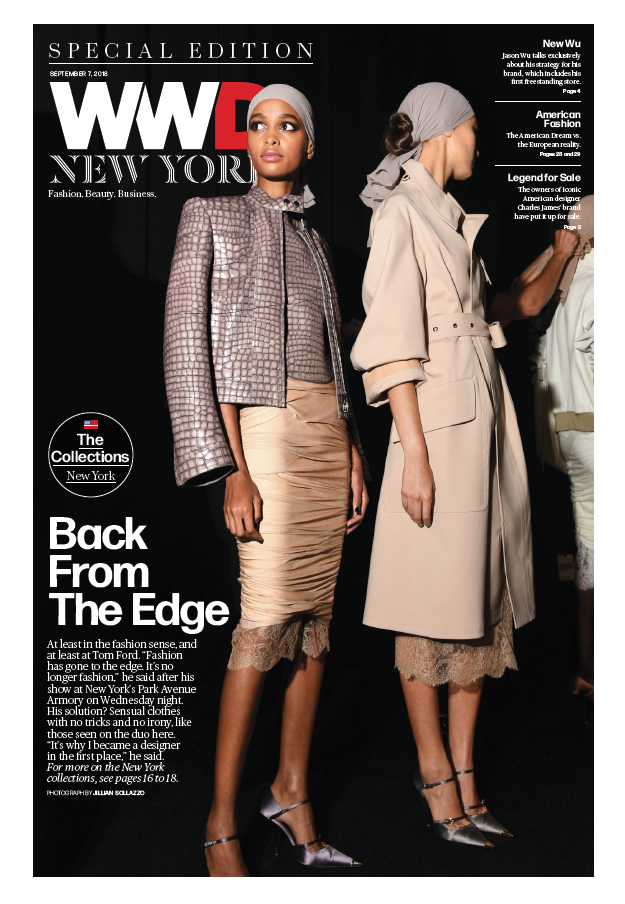 Stay in touch with the show and market's latest news

To be part of the show,
please select your profile
Visitor Exhibitor

To access your personal exhibitor space or to book appointments with exhibitors,
please select your profile

You wish to request an appointment with the brand « meet with SOLSTISS ».

2. The following information will be given to the brand to contact you:

Your message has been sent to the Eurovet team for approval before it is sent to the brand. Make sure to check your email box regularly as you will receive an answer shorty!
Votre message n’a pu être transmis, veuillez vérifier votre connexion à internet puis réessayer

The exhibitor has been well added to your favorites.

The favorite has been deleted.

To book appointments, log in with your login and password.
(created when you registered for the show, if not, create it here )

You are not registered at "Interfilière New York". The registration will only takes a few minutes.
Sign up

REGISTER TO GET ACCESS TO THE TRADE SHOW CONTENTS !

In continuing to browse, you agree to the installation of cookies designed to ensure the proper functioning and interactivity of the site, personalise your browsing, enable targeted advertising appropriate to your centres of interest, and measure the site's audience. For further information and to set parameters for cookies.Ok